Leicester is in really good form and should take the win tonight. We even think that the good form of Jamie Vardy will make it a big win!
Recommendation:
Leicester -1.0 Asian Handicap
Odds:
2.25 at NairaBET
12 April, 20:00
Sport: Football
Country: England
League: Premier League

Leicester is “Best of the Rest”

Leicester has had a pretty tough season behind them, they lost their owner in a horrible helicopter accident during the winter and you had a failed victory with Claude Puel who really didn’t get the max out of a team that despite what everyone says actually has a pretty solid squad. Ben Chilwell and Jamie Vardy have both been team members for the national team of England during the season. James Maddison has played for England U21. Vardy has once again gained confidence and recently reached the milestone 100 goals for Leicester. His 7 goals in the last 6 games have really made the team rise and taken some positions in the league!

Youri Tielemans who came in from the sinking Monaco ship made it really good during his time in the club and old captain Wes Morgan has contributed more goals in the last 3 games (2) goals than in the last 2 seasons together. New Manager Brendan Rogers has really got Leicester to fly high and after 4 straight wins and 5 wins of 6 matches since he got into the picture they have flown right up to 7th place.

Right now they are “Best of the Rest”. As it is 14 points up to Manchester United, there will not be any Europe adventure the Foxes this year. But it is of course always nice to end the season in a good way!

Newcastle travels down to the Midlands in search of a new contract! It is usually said that you will survive on magical 40 points in the Premier League and that is where Magpies set the target. Right now they have 35 recorded points and on the remaining 5 matches you meet, Southampton, Brighton & Fulham, who are all following the verdict in the table. Brighton & Southampton are just behind only 2 points after Newcastle so it would be nice if Newcastle could at least take 1 point home to Tyneside!

However, it can be seen as a rather tough task since they have not impressed with the playoff game and in fact, you have probably only reached their position in the table because of strong home games during the season. Away they 5 straight matches without a victory.

Fridays recommendation will be Leicester -1.0 Asian Handicap. We get the odds 2.25 at NairaBET and we find value in that.

Leicester is currently up in his best form for a very long time. Brendan Rogers has really made sure that the team plays with confidence again and one has made 14 goals in 6 matches under Rodgers. Newcastle has, on the other hand, conceded 9 goals last 5 games and 6 last 3 away games! Therefore, we think that Newcastle’s bad away form will continue and that they will concede at least two goals.

We find the odds at NairaBET

Hard to see Arsenal lose this game at home

Arsenal is expected to continue its good form at home, but we need to balance the bet a little bit, should Napoli find the form and make a draw.

Arsenal is a completely different team at home compared to away. Has 14-2-1 in the Premier League, where the only loss came against Man City. Won against Spurs, Chelsea and Man United at Emirates in the league. Has done pretty much the same at home even in the Europa League, which, however, is not as impressive in the same way when the opposition was clearly worse than Napoli.

Compared to the weekend’s weak league match against Everton, the squad situation looks even better. Koscielny, Xhaka, and Torreira might be back on the pitch. If that happens that will be a clear plus. There are also alternatives and choices to be made on the offensive midfield position (Ramsey or Ozil) and the forward position (Lacazette or Aubameyang). A big advantage is that Emery has players who can change the match flow available on the bench, as this has often been a success factor this year.

Napoli has a bit confusing form. The loss against Empoli was followed up by a draw against Bologna this Sunday (despite one man more on the pitch for one hour). Has ended up in a no man’s land in the league as it is too far up to Juventus and down to Inter, Milan, Atalanta, Roma and Lazio. So every league match is really that important at the moment. Hence, only the Europa League left to play for.

Napoli has also been struck with injuries to key players like Insigne (however back for this game). Therefore, it is difficult to know where we have Napoli today form-wise. They did impress in the Champions League group stage where they did not win away against Liverpool and PSG – but played really well.

Ancelotti is a tactically skilled manager who will probably prioritize going from Emirates with an okay result. Is probably okay with a cross and cries not enough rivers over a dropout as long as they make goals themselves.

We have often been critical of Arsenal in recent seasons. However, we cannot deny that they are strong and hard to beat at home, even when facing tough opponents. The only teams that beat Gunner’s last year at home were Man City, Man United (FA Cup), Spurs (League Cup) and Östersund (in an EL return where Arsenal already settled).

Hard to see a home-grown Arsenal lose here. Even if the odds are not great on DNB, money back on the draw feels like a good bet. 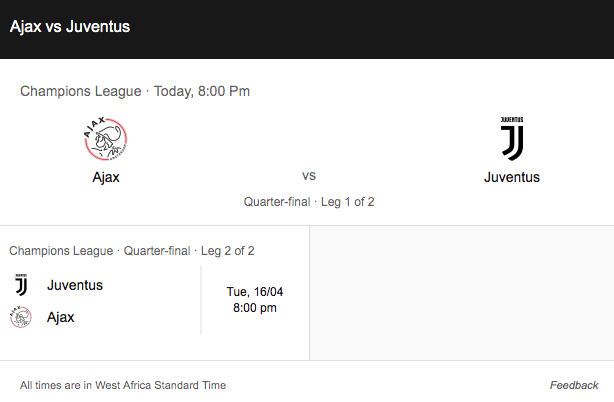